The only bad thing is that there’s car parked everywhere in front of the houses (I guess the owners also need to park their cars) and it’s difficult to have a clear unobstructed picture. 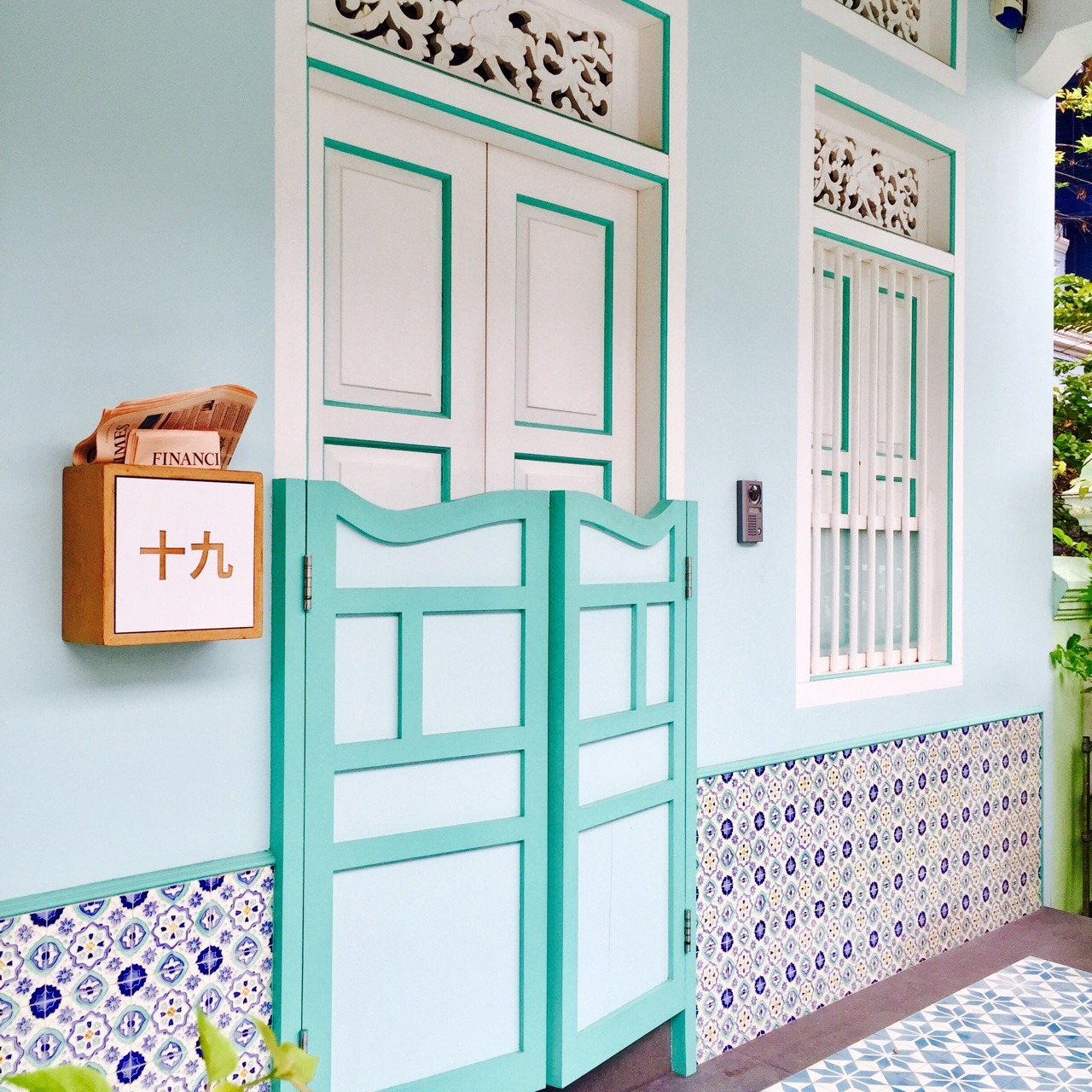 So yesterday Photography outing was rainy but it definitely made me want to wander more in the different district of Singapore.

And before my FIL ask in a comment… yep iPhone photo (like 99.9% of my photos here) because I didn’t even download the ones from my good/big camera yet 😉

This was one of my favorite houses. The colors made me think of a big candy box. Unfortunately there were a big white Mercedes parked just in front of it 😦 I found a Photography Group to hang out with.

Today it’s my second time with them.
It’s not quite what I was looking for but it forces me to get out and take my camera (the real one not the one which main function is actually a phone 😉) out of my bag and go explore a bit.

Missing a bit the guys from my film Photography Group in Beijing.

Today I had a trip down memory lane.

Back to the dark room just like almost 15 years ago in Scotland.

Last share. Hubby was jealous and wanted a multiple picture too.

Another one done in Norway on another long weekend. I had captioned it with “Computer, TV, DVD, DS, Wii, etc… Yet they are always bored” on my Facebook at the time 😉

This was actually a collaborative project with daughter. It was still the time I could make them excited about team project 🙂

This was a very quick one I did in our house in my small childhood village in France after I heard people telling me stuff about myself and my life I didn’t even know.

I captioned it: “I love small village gossips… I learn a lot about my (supposedly) own life” on my Facebook. 😉

I tried to challenge myself with this one as it had a lot more overlapping elements and it took a little bit more effort to piece together.

I’ve been multiplying myself since 2009.

Here’s the first one I did in our first apartment in Beijing just before we left.

The multiple picture I posted yesterday was actually a “response” to this picture which is my blog header picture.

I had first planned to do it with Ayi instead of the kids (she laughed a lot when I showed her this picture which was created when she was away for a month for Chinese New Year almost 2 years ago) but then it was easier to use the kiddos as they know the drill. Plus after a 4-day long weekend of asking to pick up after themselves I almost felt like I had asked them to do all the housework.