When you decide to still go canoeing when it’s raining. If that’s not dedication I don’t know what is. I figured we usually get wet anyways so a few more drops from the sky wasn’t going to make a difference 😉

Plus my calendar is quite wide open this week so I couldn’t pass on an activity when I had one planned.

Blending the old with the new: In between the 2 murals is the Coffee Bean and Tea Leaf shop.  #LovingIt

This is what lounging on the 15th floor looks like.

Singapore is a small, dense, island nation where 100% of the population is urbanized. And yet, the city-state of Singapore is the greenest city in Asia, according to the Green City Index, and arguably has few competitors in the rest of the world.

As Singapore’s population and economy grew, so did its green cover: it was about 36% in the 1980s and it now stands at 47%, according to the Center for Liveable cities.

“If you build a new development, you have to replace the same greenery you replaced,” says Yoh. Singapore is the only country to incorporate green building requirements into its legislation.

I was on Karate duty today… I came prepared

One could think that this photo was taken at a park at the street level well that’s actually a park on the roof of a Mall.

NB: the UFO shape building is the Supreme Court of Singapore

. He’s 16 and he still complies with my request of a Birthday Kiss Photo.

I’ll go to Disneyland every Tuesday again this year… or at least it looks like it.

On my way to Sentosa aka resort island for Outigger Canoe session. Back to school means back to my own routine too. 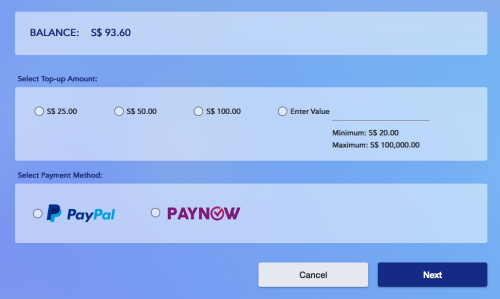 Back to School (finally!) tomorrow.

Trying to be pro active and get everything ready… when I realized that the maximun Top-up amount on the school lunch card had been significantly increased with the latest update of the online lunch ordering system.

At S$10 spent per day and with 180 days of school a year that would take 55 and half year to through this much money. 😉