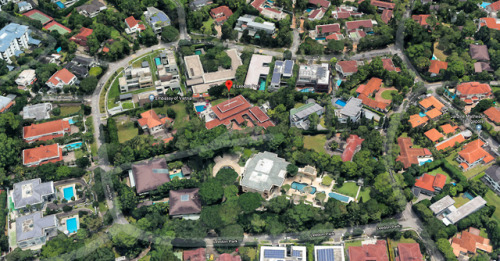 ****
Wikipedia mode: Keeping up with the Joneses is an idiom in many parts of the English-speaking world referring to the comparison to one’s neighbor as a benchmark for social class or the accumulation of material goods. To fail to “keep up with the Joneses” is perceived as demonstrating socio-economic or cultural inferiority. The phrase originated in a comic strip of the same name, created by Arthur R. “Pop” Momand in 1913. The strip ran until 1940 in The Nez York World and various other newspapers. The strip depicts the social climbing McGinis family, who struggle to “keep up” with their neighbors, the Joneses of the title. The Joneses were unseen characters throughout the strip’s run, often spoken of but never shown. The idiom keeping up with the Joneses has remained popular long after the strip’s end. (end of your TrivialPursuit knowledge!) ***

I was invited to attend a get-together not far from where I live but the invitation said to take a taxi because there was no parking available. My problem was that it was a mere 3- minute cab drive (yet a 15-20 minutes walk and no-one wants to walk 15 minutes in this heat in Singapore if one doesn’t want to arrive drench in sweat!) so I googled map the area to see if I could nevertheless drive and park off the road. The house was gorgeous and the neighbor houses I could see from the road were all in the same class, then I zoomed out the map to have a bird-eye view and notice the “little” white house in the corner block with the indiscernible gate. No matter how far you think you’ve accomplished there will always be somebody to up your game… at the bottom as well as at the top 😉