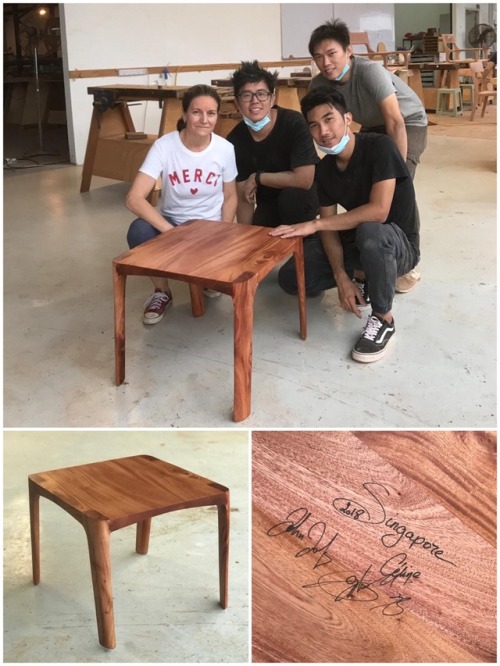 Tada…Here’s the final masterpiece and just like the chair it was signed by all involved:  GuangJun, owner of Tombalek, John the prime teacher (there was also Nic but it was his day off when I finished so didn’t get to sign it!) & Cheong master of finishing touches.  They all helped me out one way or another during the 4 classes/weeks (+ 2 extras).

The “Merci” t-shirt is for continuity with the end of Chairmaking photo:
http://atotaltaitaitale.tumblr.com/post/174401686618/woodworking-workshop-the-crew-the

The chronicle of the table making can be found here:
http://atotaltaitaitale.tumblr.com/tagged/CelineLearnsWoodwork2/chrono

and the Chair (at least the beginning of the posts) here:
http://atotaltaitaitale.tumblr.com/tagged/CelineLearnsWoodwork/chrono