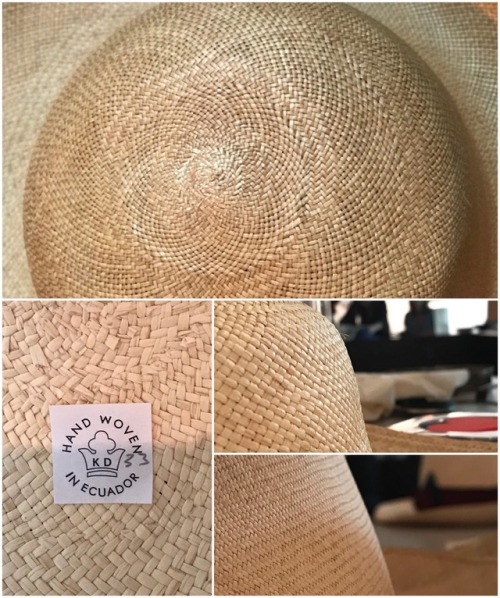 Second day of my hat making workshop with Pauline Brosset during the French Artisan Week.

Today was all about the Panama hat, which are actually made in Ecuador, not Panama!
How to recognize them (the herringbone at the top) and the different type (The tightness, the finesse of the weave, and the time spent in weaving a complete hat out of the toquilla straw characterize its quality).
We also got to work on shaping the hat to its final form

The two main processes in the creation of a Panama hat are weaving and blocking. The two most common types of weaves are the Cuenca and Brisa. The Cuenca weave has the appearance of a herringbone pattern and utilizes slightly more straw than the Brisa weave. The Brisa weave has the appearance of small diamonds/squares. This type of weave is less intricate but perceived as finer than the Cuenca weave by some as it is lighter. Other types of weaves include the Crochet, Fancy, Torcido, and New Order.
The quality of a Panama hat is defined by the tightness of the weave.